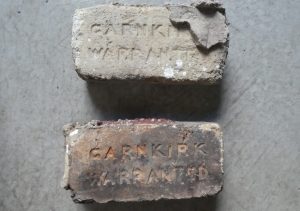 The following bricks were found by John Gibson and to Mark Courneyea.

John states – We are researching the history of a munitions factory in Ballarat, Victoria, Australia, which was built in 1941, and we have almost finished a book on the factory.
On a site visit a few days ago we came upon two firebricks marked “GARNKIRK” and we immediately realised they had an interesting history of their own, as we could nor recognise the name at all.
Soon afterwards I came across your site and found the story behind them – or at least a part of it.
We do know that bricks were often imported to Australia from an early date, often as ship’s ballast, to be sold on arrival, but just how these two bricks came to reach Ballarat in 1941, we can only speculate.
What we do know is that we found them close to a building that was used for the recovery of strong acids used in the making of munitions and that process involved boiling nitric acid in large pots. The bricks may have been used as linings to the fume chambers and vent stacks associated with that process and which stood close to the spot where we found them, or they may have come from a portable heat-treating furnace that we also know was used in the vicinity after the munitions factory closed down at the end of the war. Whatever they were used for, they are still in very good condition, considering their age and probable use.

The ghost image in the cement of one of the bricks is that of a ‘Northcote’ brick. We are not sure at present if the Northcote Company, who were in Melbourne, ever made firebricks, but I will try to clear up that point soon. 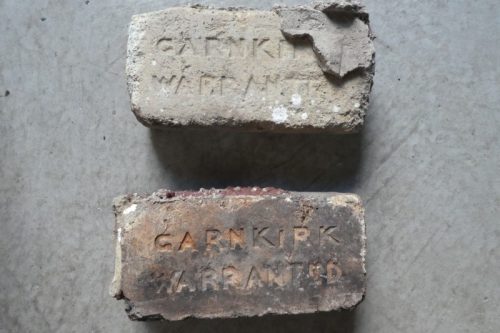 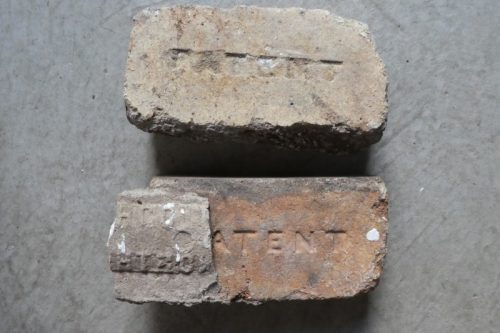 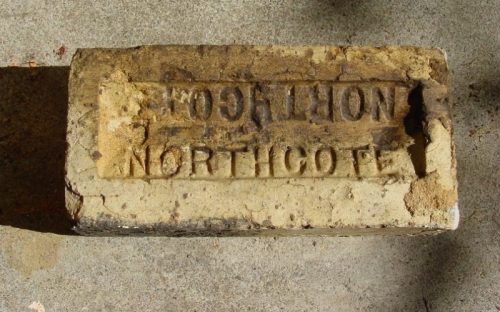