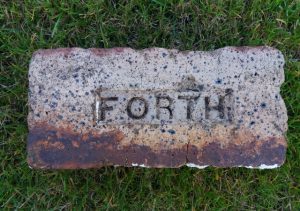 Found by Craig Muirhead on 17/09/2012. Craig is a keen scuba diver and was diving on the wreck of the SS Politician. She lies just off Calbhaigh Rock in the Sound of Eriskay, Scotland in very shallow water. The brick was found in one of the ship’s boilers and there were several other ‘Forth’ bricks lying on the seabed nearby.

The brick was manufactured at the Roughcastle Firebrick Works, Bonnybridge, Stirlingshire.

SS Politician was an 8000-ton cargo ship owned by T & J Harrison of Liverpool. It left Liverpool on 3 February 1941, bound for Kingston, Jamaica and New Orleans with a cargo including 28,000 cases of malt whisky. The ship sank off the north coast of Eriskay in the Outer Hebrides, off the west coast of Scotland, and much of the wreck’s cargo was salvaged by the island’s inhabitants. The story of the wreck and looting was the basis for the book and film Whisky Galore!.

On 5 February 1941, during gale force winds, she ran aground off the Island of Eriskay in the Outer Hebrides and later broke in two near the islet of Calvay. The crew were all unharmed and were looked after by the locals for a while.

When the locals learned from the crew of the Politician what the ship was carrying, a series of illegal, and later well-organised salvage operations took place at night, before the customs and excise officials arrived. The island’s supplies of whisky had dried up due to war-time rationing, so the islanders periodically helped themselves to some of the 28,000 cases (264,000 bottles) of Scotch whisky before winter weather broke up the ship. The men wore women dresses on their “fishing trips”, to keep their own clothes from being covered in incriminating oil from the ship’s holds. Boats came from as far away as Lewis as news of the whisky spread across the Hebrides. No islander regarded it as stealing; for them, the rules of salvage meant that once the bounty was in the sea, it was theirs to rescue.

This was not the view of the local customs officer. Charles McColl was incensed at the outright thievery that he saw going on. None of the whisky had paid a penny of duty, and he railed against this loss to the public purse. McColl whipped up a furore and made the police act. Villages were raided and crofts turned upside down. Bottles were hidden, secreted, or simply drunk in order to hide the evidence.

McColl and the police caught plenty of locals red-handed, and they were sent to trial. On 26 April at Lochmaddy Sheriff Court, a group of men from Barra pleaded guilty to theft and were charged between three and five pounds. McColl was beside himself at the leniency of the sentence, but the police (being largely locals themselves) were tired of harassing the locals who had not, in their minds, done such a bad thing.

But McColl continued on his crusade, and more men did appear in court, some of whom were sentenced to up to six weeks imprisonment in Inverness and Peterhead.

At sea, salvage attempts did not go well, and it was eventually decided to let Politician remain where she was. McColl, who had already estimated that the islanders had purloined 24,000 bottles of whisky, ensured that there would be no more temptation. He applied for and was granted, permission to explode her hull.

The islanders watched this extraordinary action, their emotions summed up by Angus John Campbell, who commented, “Dynamiting whisky. You wouldn’t think there’d be men in the world so crazy as that! 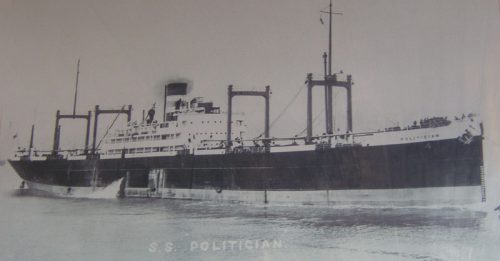 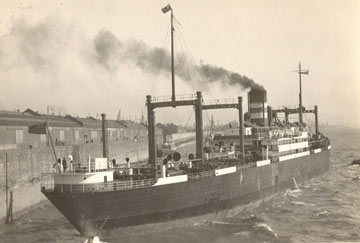 Below – Brick marked ‘Forth’ salvaged from the boiler of the SS Politician in 2012. She was launched in 1922. I doubt if this would be a brick that lined the boiler when launched as I assume that at some point between 1922 and 1941 the originals may have been replaced? 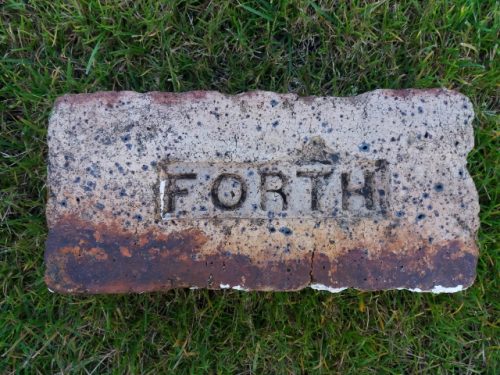 Below – A couple of photographs from the dive in 2012 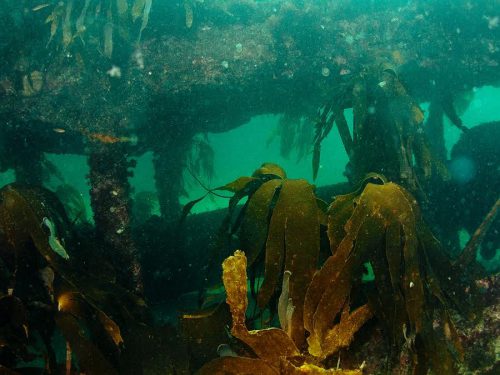 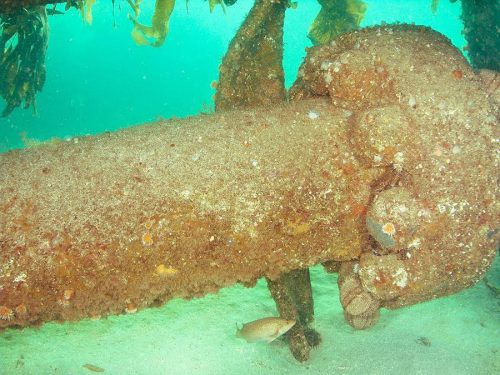 Canmore – Reference to the previous salvage of a ‘Forth’ brick from the wreck. – A2713 1 ‘clay brick’ marked ‘Forth’: from the seabed

Tagged with: Forth, Roughcastle, Ship Wreck