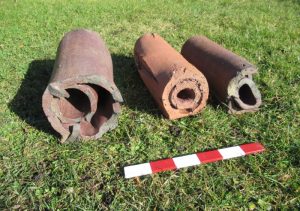 It appears that as a space-saving mechanism inside kilns, drainage tiles were stacked inside each other during firing.

Below – This example was found on the site of the Vogrie Brick and Tile Works, Newlandrig, Gorebridge, Midlothian.

The firing has gone wrong with the larger and outer tile forming ‘bubbles’ that have trapped the inner tile so it could not be removed. 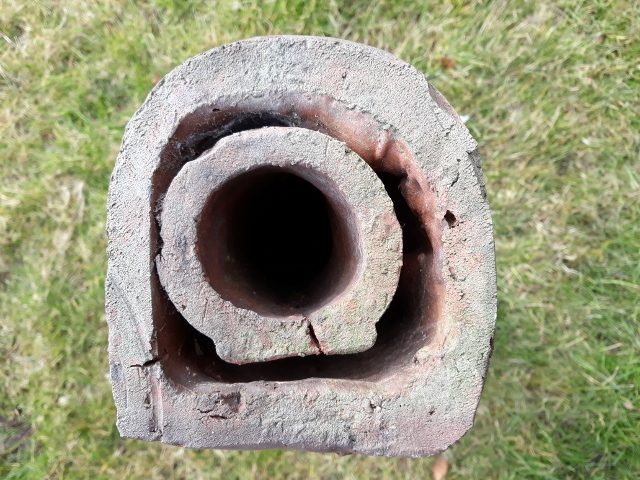 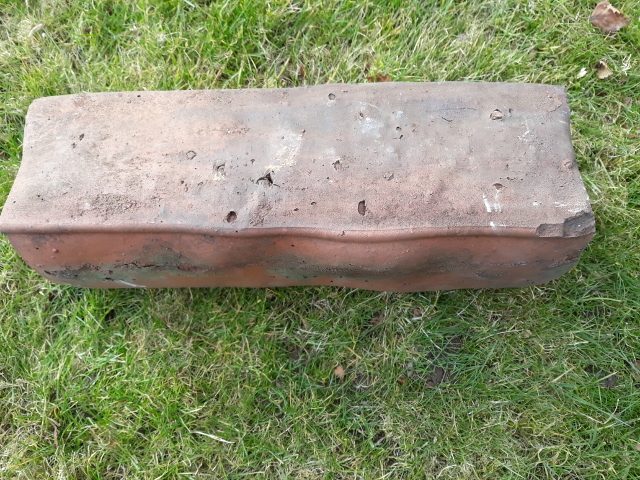 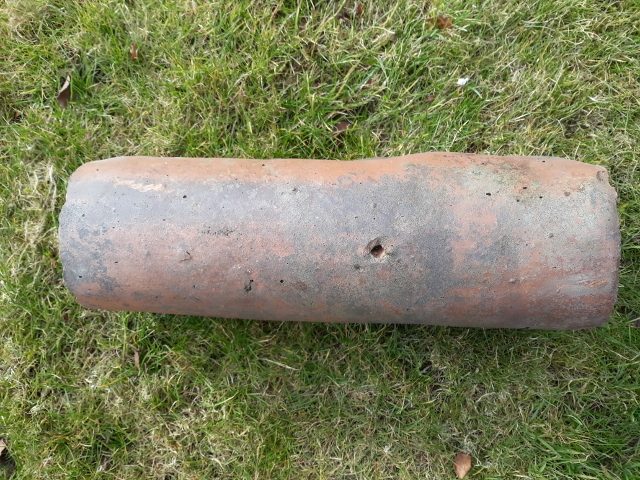 Below – The following examples were found by Ian Suddaby near the Winchburgh Brick and Tile Works, Winchburgh, West Lothian. 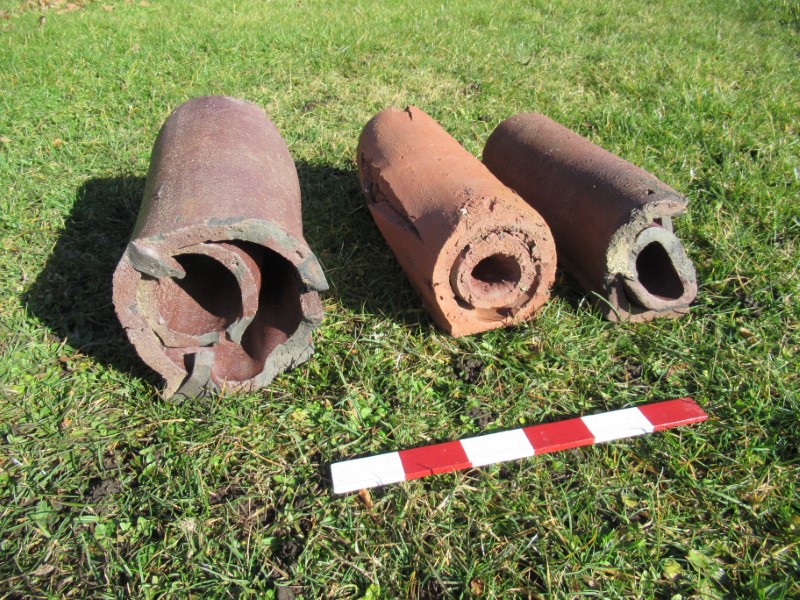