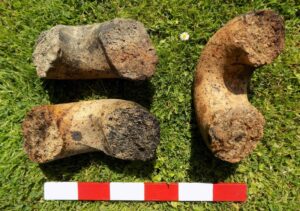 The following pieces of fireclay were found by Ian Suddaby in the River Carron at Grangemouth.

The segments have a slight twist in them and would appear to have formed a spiral or coil of fireclay.

The pieces found do not fit together and are not stamped.

Ian states:- Three curly pieces of fireclay were found in the River Carron, close to the Novo Seventy bricks. To be honest I thought they were parts of a cast iron chain when they were first spotted but a quick brush soon changed that. None of them fit together but it looks like they formed a spiral. We do have one ‘end’ though and it’s a sort of rounded rectangle in profile, 3½” x 2½”. The rest of the broken bits are nearly round, however, about 3″ thick. The centre of the spiral is about 2″ wide. There are marks on the inner face where it’s been shaped and ridged marks on the outside where they might have been shaped with a scraper type tool. I did think these might be where it was set to dry on a slatted or plank surface but they occupy too much of the curve to have been formed on a flat surface.

Norman Nicolson has suggested these might be part of a Regenerative Burner and sit inside the Media Case (described in the link). They might well be but I haven’t seen any illustrations of these parts which fit the bill. If the Novo bricks came from a steamship perhaps these did too and heated the induction air? Technically, I have no idea.
https://www.bloomeng.com/burner…/regenerative-burners… 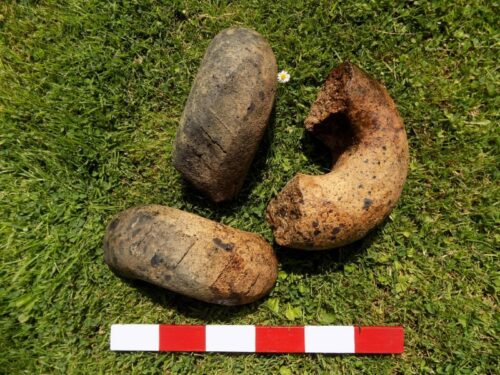 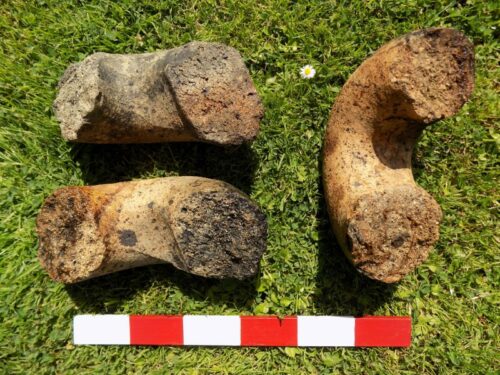 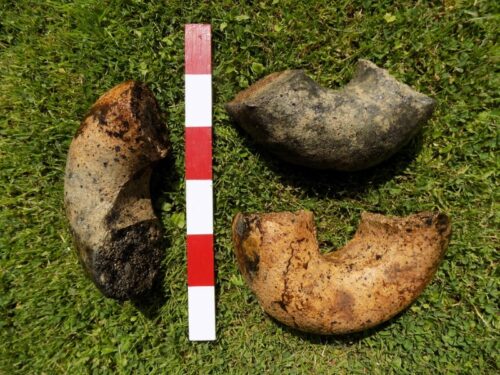 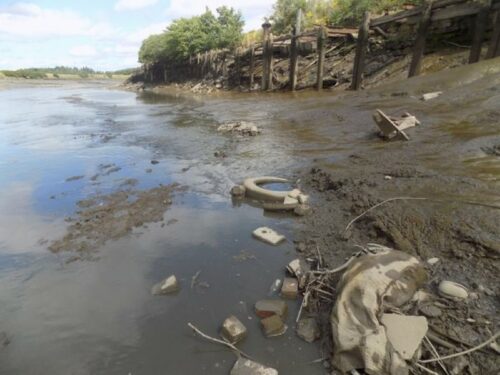 Below – These very similar sections of broken spirals were found on the site of the old Bonnyside Brickworks. So were they possibly manufactured at Bonnyside? 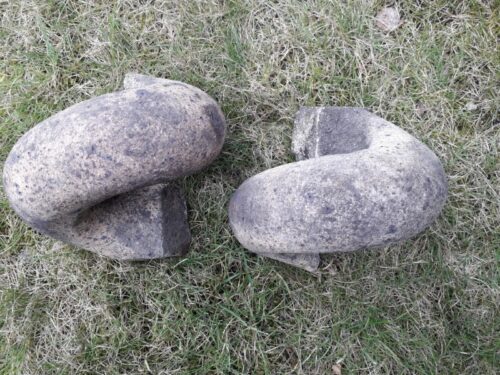 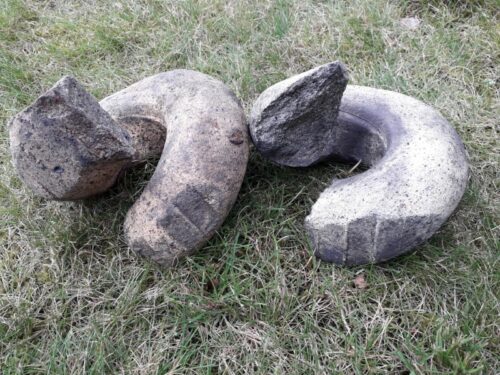 Below – This entry may well make reference to these clay spirals being manufactured by Dougall at Bonnyside.

21/01/1931 – Falkirk Herald – Sequel to Bonnybridge Work’s Blaze. The distressing sequel to an outbreak of fire in the Bonnyside Brickworks, High Bonnybridge, early on Monday morning took place at the works on Tuesday, when Donald Stewart, glazier, 52 Mary Street, Laurieston, who was repairing the roof of one of the buildings involved in the fire, fell through and sustained injuries to his head and left leg. He was removed to the Falkirk and District Infirmary, where he was detained for treatment. It appears that Stewart, who is employed by Messrs Daniel O’May & Company, glaziers, Falkirk, was working on the roof of a stove when he fell through the roof, which consisted of asbestos sheets, and landed on the cement floor, a distance of about 12 ft. The Bonnyside Works are occupied by James Dougall & Sons, Ltd., and the fire occurred about 2.30 a.m. on Monday. It was discovered that it had broken out in a stove in which a large number of fireclay spirals had been placed in wooden crates to dry. The flames shot into the air and spread with such rapidity that all the crates were destroyed. Over 100 panes of glass, measuring 6ft. by 2ft., on the roof were broken by the intense heat. The fine was first seen on the top of the gas kiln situated immediately underneath the cement floor of the stove, where bricklayers had been using a scaffold. The entire stove was burnt out before assistance could be got, and the outbreak only lasted for a short period. The damage to the building and material is estimated at £200 and is understood to be covered by insurance.