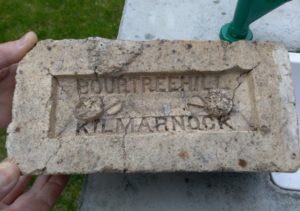 This brick was found by Jan -Olof Bergman in Sweden. J-O states “Last summer I made a very interesting find. I found a brick with the inscription “Bourtreehill Kilmarnock”. It was found at a dumpsite for ballast in the little harbour of Furuögrund (approx. 500 miles north of Stockholm), where there was a big sawmill 1876-1925. I know that sailing ships and later on steamers from the U.K. now and then entered the small harbour”

J-O adds. There was also a pulp storehouse nearby. The pulp storehouse in Furuögrund harbour was burned to the ground in August 1955. The seafront, where the dumping site of the ballast was, is just behind. The paper pulp was not manufactured in Furuögrund, but approx. 3 miles upstream in a small village called Ytterstfors. In Furuögrund there was a sawmill, that occupied 320 workers between 1874 – 1925. I think the bricks ended up here in that period. 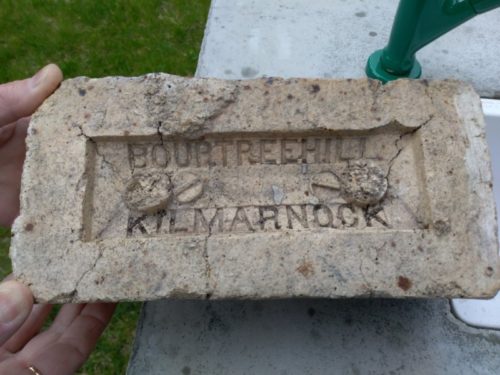 Below – The pulp mill on fire. 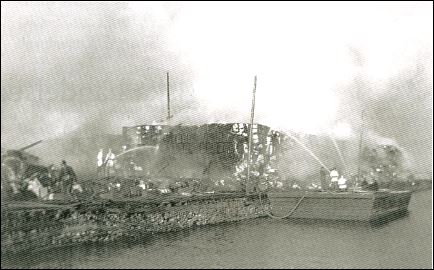