“… Tiles were made at the rail-served Plann Brickworks and  Balgray Bauxite Company had a small mine at Fardalehill. Quarry house still stands…..”

c.1914 – Balgray bauxite Company Limited  – Fardalehill Mine – The company was formed just before the 1914 war to exploit the recently discovered bauxitic fireclays which had been traced from Saltcoats to Fardalehill, just west of Kilmarnock.  It continued to mine the clays till after the 1939-45 war but sold most of the clays to other producers. – Source KW Sanderson

17/06/1937 – The Scotsman – During the bankruptcy examination of Dr Thomas Walker Love and the Craigelvin Coal and Fireclay Company he states that he formed another company known as the Balgray Bauxite Company operating in Airdrie. (Note – SBH – No date is given for the formation of the Balgray Bauxite Company but it looks to be much later than the date cited above by Mr Sanderson ?)

Below – 19/06/1937 – Airdrie and Coatbridge Advertiser –  Craigelvin Coal and Fireclay Co. Dr Loves evidence in bankruptcy examination and states the Balgray Bauxite Company Limited were part of the same firm. 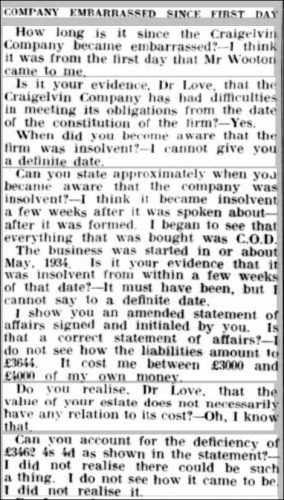 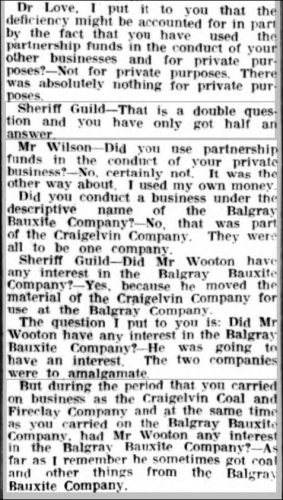 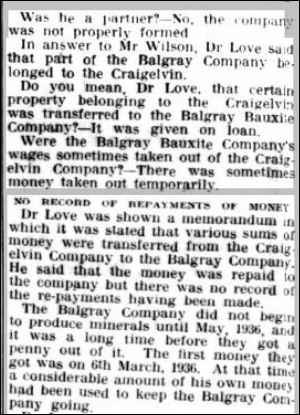